About a decade ago, one of the big debates in the RV industry was whether a timber or aluminium frame would better support the body of a caravan or motorhome. There were pros and cons to each side.

The frame debate continues but the subject has expanded considerably because we now have construction methods in which (a) there is no separate frame at all; (b) the frame is incorporated into the sandwich panel wall structure; or (c) a full fibreglass moulding method is used.

Caravan builders who use timber frames reckon the advantage of meranti (a hard wood) is that it is light, cheap and stable – it’s kiln dried and mostly straight and uniform in texture. It also offers some flexibility and, not being metal, is not susceptible to electrolysis/corrosion problems.

In addition, where electrical cables pass through framework, there is less chafing. However, the manufacture of a good frame does require both screwing and gluing – the old days of just using ‘staples’ have long gone. One of the issues associated with meranti, however, is that it’s vulnerable to rot when wet, so a small leak can be a major problem.

Although meranti is the timber most widely used throughout the caravan industry, it isn’t the only timber used. For instance, Winjana RV, a fifth wheeler manufacturer, prefers kiln-dried Canadian spruce because it believes it’s lighter and stronger. A different approach is used by Wonderland RV. For its caravans, a large single sheet of 19mm plywood is cut to the shape of the van’s wall, and then the appropriate apertures, including cable troughs, are cut out using a CNC machine to ensure accuracy. Many manufacturers, including Australia’s largest, Jayco, use aluminium frames for the caravans. But aluminium is not new to the scene. Back in the caravanning heydays of the late 1970s and 80s, the then-largest manufacturers, Viscount and Millard, were both using aluminium extensively. For the same weight, it offers considerably increased strength and is not susceptible to rot. Interestingly, caravan manufacturers who use aluminium use a variety of methods to join their aluminium frames. Some use interlocking and high tensile pin punches, while others use pop rivets and/or welding. The use of aluminium does, of course, require grommets where any electrical cable or plumbing passes through the frame.

In addition to the more traditional method of caravan construction (that is, frame plus outer cladding), there has been a rise in recent times of sandwich/composite panel construction that does not require the use of a frame. There are variations on the method but the basic wall structure is comprised of an outer cladding of either sheet aluminium or fibreglass, a core of polyurethane foam or similar, and an inner cladding of polyester-coated plywood or similar. The layers are vacuum/chemically bonded into a single sheet and then cut to size (including all apertures). Some manufacturers include frame components in their composite wall structure. The advantages of a composite wall structure are mostly in the light weight and greater strength department, but it’s quite a specialised and expensive technique when done properly. Additional challenges include joining the individual pieces (the roof, walls and floor) into a final body structure that is both strong and water-tight. Some manufacturers obviously think they have it right – particularly those who offer a 10-year body integrity warranty.

Differently to fibreglass composite walls, moulded fibreglass is a material that has been used with mixed success by various caravan and motorome manufacturers. I say ‘mixed success’ because while fibreglass moulding offers the benefits of a good strength to weight ratio, while also being waterproof, some manufacturers seem to struggle with it. The manufacturers who get it right, however, prove its worth. One former motorhome manufacturer that ran a large rental fleet was inspired by an idea from London Transport (LT). When LT designed its famous red Routemaster buses, which were built more than half a century ago, they were engineered so that the entire (aluminium) bus body could be lifted off the chassis, thus allowing the engine/chassis to undergo heavy maintenance while the body continued service on another refurbished chassis. The motorhome company in question designed its motorhomes the same way – the fully moulded fibreglass body could be lifted off a high-kilometre, time-expired chassis and fit it to a new one without making any body changes. It should also be pointed out that moulded fibreglass is also used quite successfully as front and rear walls of caravans and motorhomes in conjunction with composite walls and roofs.

So which framing/building technique is the best? There’s not a quick answer, unfortunately.

If done properly, timber framing has much to. The same can also be said of aluminium which, aside from being used by Australia’s largest caravan manufacturer, is also employed by a number of smaller manufacturers who specialise in heavy-duty offroad caravans, which says something about its durability.

Frameless composite walls are on the rise. As mentioned, they offer a very good strength to weight ratio and can also be used to create a monocoque (one-piece) body structure. That’s a serious consideration because an overall stronger body can mean less steel and therefore less weight in the chassis.

Ultimately, a caravan’s frame should not be considered in isolation. These days, it’s more important to look at how the entire caravan is built and how each component – chassis, body, internal cabinetry and frame – ‘work’ together. 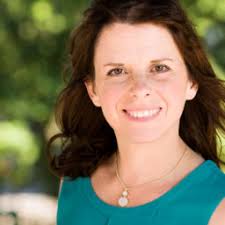 Caravan World deputy editor Laura Keys introduction to life in the great outdoors came at age two when she was packed into, by day, a Toyota LiteAce van and, by night, a brown canvas tent beside her siblings for an extended trip around the vast playground that is northern WA.